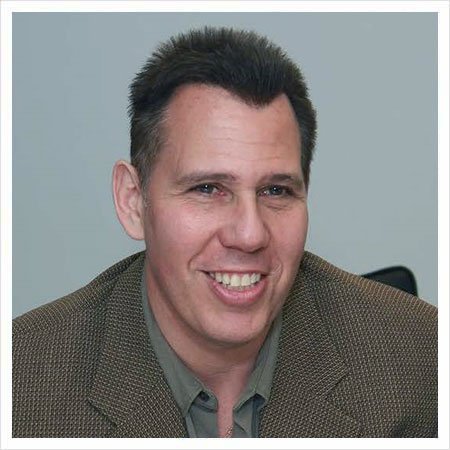 Joel Schwarz is a Senior Principal at Global Cyber Risk and an Adjunct Professor at Albany Law School, where he develops and teaches Masters-level courses on cybercrime, cybersecurity and privacy.  He is a highly skilled and experienced consultant and attorney specializing in privacy, cybersecurity, cyber intelligence, and compliance oversight.  Mr. Schwarz is a certified information privacy professional (CIPP) by the International Association of Privacy Professionals (IAPP).

Prior to BSA, Mr. Schwarz was the Civil Liberties & Privacy Officer (CLPO)  for the National Counterterrorism Center (NCTC), an office that he stood up and led as NCTC’s first Civil Liberties and Privacy Officer.  In that role, he spearheaded the development, implementation, and oversight of a holistic, agency-wide privacy and civil liberties compliance program to identify, assess, and manage compliance risks across the organization.

In that role, Mr. Schwarz designed, implemented, and conducted compliance reviews, audits, and spot checks and delivered privacy training to ensure that NCTC’s access and use of data was done in an ethical, transparent, and appropriate manner, in accordance with all laws, regulations, Presidential executive orders, international agreements, and data sharing agreements.  Mr. Schwarz also worked with Senate and House Intelligence and Judiciary Committees to keep them apprised of NCTC’s ongoing handling of information, while concurrently protecting privacy and civil liberties, and held regular briefing sessions with the President’s Privacy and Civil Liberties Oversight Board (PCLOB).  Based on his work at NCTC, Mr. Schwarz was asked to advise the Office of the Director of National Intelligence’s Cyber Threat Intelligence Integration Center (CTIIC) on establishing a privacy office.

Before NCTC, Mr. Schwarz was a Trial Attorney with the U.S. Department of Justice’s Computer Crime and Intellectual Property Section (CCIPS) where he prosecuted cybercrime cases and represented U.S. law enforcement and intelligence organizations in the negotiation, drafting, and signing of the APEC Privacy Framework.  In this role, he also drafted and implemented technology laws, policies, and information sharing mechanisms, both domestically and abroad, and provided policy advice and guidance on cybercrime/cybersecurity legislation throughout Asia and Africa, working with legislators and legislative staff in the Philippines, Taiwan, Nigeria, Botswana, and elsewhere.

Earlier in his career, Mr. Schwarz served as Special Counsel for Internet Matters for the Securities Bureau of the New York State Attorney General’s Office and as Assistant Attorney General for the Internet Bureau.  He was also E-commerce and Privacy Counsel for MetLife, where he advised various lines of business on privacy and security and was responsible for IT policies and standards.  While working for MetLife, Mr. Schwarz implemented MetLife’s e-commerce strategy, including adoption of digital certificates and single sign-on, and the purchase and roll-out of an online bank.

This site uses cookies. By continuing to browse the site, you are agreeing to our use of cookies.

We may request cookies to be set on your device. We use cookies to let us know when you visit our websites, how you interact with us, to enrich your user experience, and to customize your relationship with our website.

Click on the different category headings to find out more. You can also change some of your preferences. Note that blocking some types of cookies may impact your experience on our websites and the services we are able to offer.

These cookies are strictly necessary to provide you with services available through our website and to use some of its features.

Because these cookies are strictly necessary to deliver the website, refuseing them will have impact how our site functions. You always can block or delete cookies by changing your browser settings and force blocking all cookies on this website. But this will always prompt you to accept/refuse cookies when revisiting our site.

We fully respect if you want to refuse cookies but to avoid asking you again and again kindly allow us to store a cookie for that. You are free to opt out any time or opt in for other cookies to get a better experience. If you refuse cookies we will remove all set cookies in our domain.

We provide you with a list of stored cookies on your computer in our domain so you can check what we stored. Due to security reasons we are not able to show or modify cookies from other domains. You can check these in your browser security settings.

We also use different external services like Google Webfonts, Google Maps, and external Video providers. Since these providers may collect personal data like your IP address we allow you to block them here. Please be aware that this might heavily reduce the functionality and appearance of our site. Changes will take effect once you reload the page.